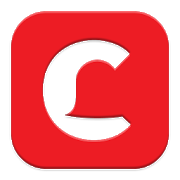 Follow Us On Social Media
We'd Love Your Feedback!
How can we improve?
Barbados Meteorological Services
Weather Discussion
Eastern Caribbean

Mostly unsettled conditions prevailed across Barbados and the rest of the region today as a tropical wave and and surface to low-level trough enhanced by a favourable mid to upper-level environment affected the area. BMS satellite and radar imagery revealed that Barbados experienced most of the intense shower activity with some sections of the island receiving around an inch of rainfall from some heavy to violent showers. Meanwhile some other islands experienced mostly cloudy conditions with a few scattered showers.

Wind speeds across the region ranged from light to windy peaking up to 23 knots with higher gusts recorded at several stations across the region, the highest being a 38 knot gust recorded in St. Lucia. Sea swells were moderate to rough ranging from 1.5 to 3.0 meters.

The tropical wave along 77W was observed to be gradually weakening as the day progresses, nevertheless producing a few scattered over Jamaica and areas further south over open water. Over Puerto Rico and the Virgin islands, skies were partly cloudy to occasionally cloudy with scattered light to moderate showers due to the presence of an induce surface to low-level trough over the area. Meanwhile, conditions across the rest of the region were fair to partly cloudy with some occasional light showers under the dominant of a surface to low-level ridge pattern.
Eastern Caribbean Outlook

Tonight: the combined effects of the tropical wave interacting with the upper-level trough will continue to affect the region. Despite the tropical wave continuing to move westward, some low-level confluence behind the wave will help to maintain unstable conditions. Additionally, a TUTT induced low-level trough over the northern section of the region will continue to generate some scattered showers over the area. These features, will be further enhanced by unstable mid to upper-level conditions increasing the likelihood of moderate to heavy convective showers and thunderstorm activity.

Thursday: Unsettled conditions will remain over Barbados and the Windwards as the tropical wave analyzed along 52W will begin to affect the region. Current model data suggests the upper-level environment will continue to be conducive to convective enhancement. Hence cloudy skies with scattered moderate to heavy showers and thunderstorm activity will remain over the area. Meanwhile, over the Leewards the TUTT induced low-level trough will progress westwards during the day with a reduction in shower activity expected yet cloudy conditions will remain.

Friday: Some improvement in conditions are expected over the northern section of the region as there will be some drying of the mid-level environment as the central Atlantic high-pressure system will become dominant over the area. Nevertheless, some unsettled weather will remain over Barbados and the Windwards with no significant change in conditions from the previous day anticipated. Model guidance indicated that a trough will begin to develop to the southeast of the island chain induced from an upper-level low just north of the Guianas.

Saturday: The previously mentioned induced low-level trough will begin to move across Barbados and the southern portion of the region bringing some scattered showers and possible isolated thunderstorms over the area. The upper-level trough will have shifted to a zonal orientation by this time remaining favourable for some enhancement.

Sunday: No significant change in weather conditions from the previous day are anticipated.

Tonight: As the tropical wave continues to weaken, a deep-layered ridge pattern will be the dominant feature across the western Caribbean generating mostly fair weather conditions. In contrast, a few showers are expected over the central Caribbean as a TUTT induced trough affects the area.

Thursday: An upper level area of low pressure extending zonally from Puerto Rico through to the Windward Passage with an associated trough extending to the low levels is anticipated to generate some sporadic showers and possible thunderstorms across the aforementioned region. Elsewhere, mostly fair weather will persist as a ridge pattern will be dominant.

Friday: Surface to low-level confluencing on the southwestern periphery of the broad central Atlantic surface to mid-level high pressure system in association with a favourable upper level diffluent pattern is expected to generate unsettled weather over the eastern half of the Greater Antilles. Elsewhere, mostly fair weather conditions will persist.

Saturday: As the activity continues westwards the activity is expected to be spread across the Bahamas, Cuba and Jamaica. Meanwhile, the Eastern Caribbean will observe and improvement in weather conditions.

Sunday An area of low-pressure will begin to develop just north of Panama within the American monsoon region. A trough extending northward from this area will generate some scattered showers and isolated thunderstorms over parts of Cuba and Jamaica. No significant change is anticipated over the rest of the region.